1. What is the Shwedagon Pagoda?

The Shwedagon Pagoda is a Buddhist temple in the Southeast Asian city of Yangon. It is regarded as one of the world’s oldest pagodas. This temple is an important Buddhist monument with a long history and legends surrounding it.
A pagoda is a type of temple that typically consists of a multi-story tower. Shwedagon pagoda is a stupa, which is a sacred Buddhist structure shaped like a bell and often houses a relic. 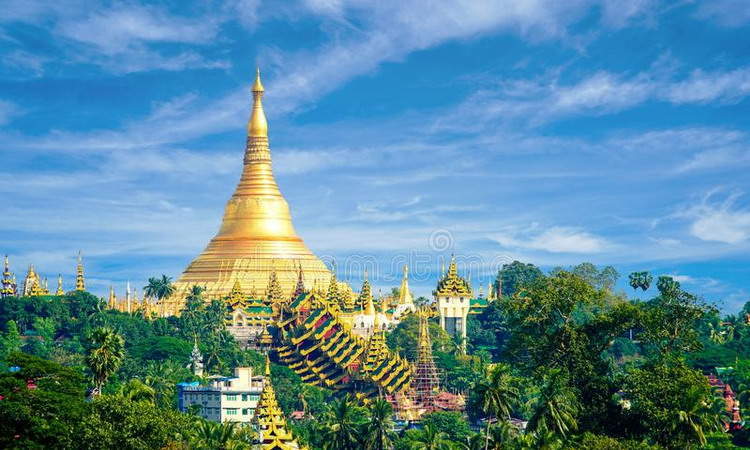 The Shwedagon Pagoda was built by the Mon people, a Myanmar ethnic group, according to archaeologists and scholars. Construction is thought to have begun in the sixth century. The original structure was significantly lower than the current one.
The stupa deteriorated for many years until the 14th century, when the Burmese King, Binnya U, decided to rebuild it, raising its height to approximately 60 feet. Queen Binnya Thau then made significant renovations in the 15th century. She raised the temple to about 130 feet in height, built terraces on the hill where the pagoda is located, and paved the highest terrace with stones. By the 16th century, the Shwedagon Pagoda had become an important Buddhist pilgrimage site in Burma.
After several earthquakes damaged the structure in the late 18th century, King Hsinbyushin ordered that it be repaired and expanded to its current height of nearly 330 feet. Finally, when the British Empire annexed Burma, King Mindon Min added a crown umbrella (an ornament typically placed atop Burmese Pagodas). 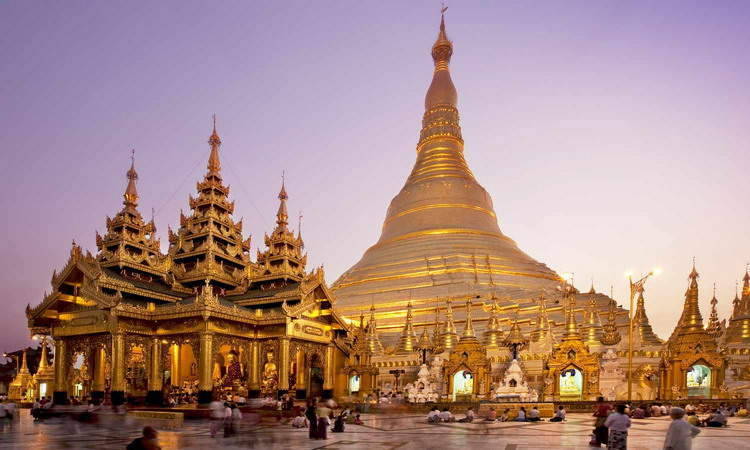 As we’ve seen, this shrine has undergone several changes over the years. The temple complex has grown since the 15th century, with the addition of secondary structures, shrines, and other monuments. 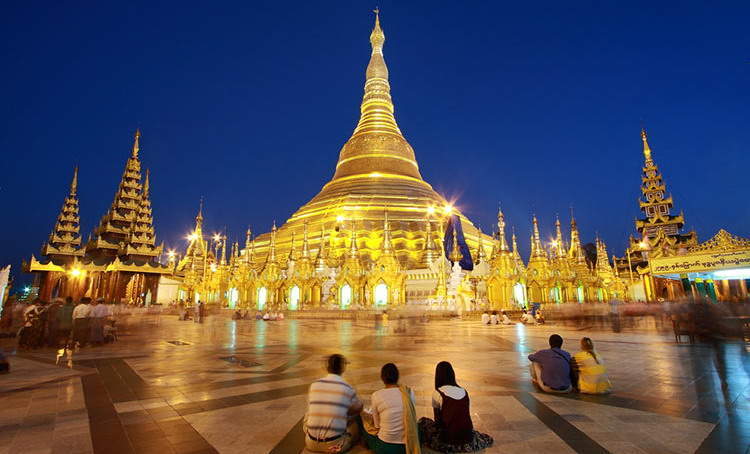 The compound now consists of the main stupa and:
Each of the four gateways is guarded by a statue of the mythological guardian lions known as Chinthes. They are all decorated with stories about Buddha’s previous incarnations. Three of them have had escalators or elevators installed in recent years.
Four smaller stupas, each facing a different cardinal point.
There are eight small shrines on each of the main stupa’s eight corners. Each one features a different image of Buddha, representing the seven days of the week. Wednesday is divided into two parts: one for the morning and one for the evening. 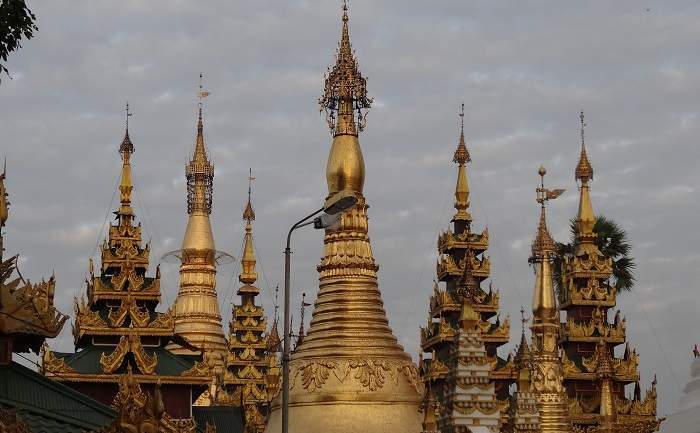 The top part of Shwedagon pagoda

The main gold-plated dome is topped by a stupa containing over 7,000 diamonds, rubies, topaz, and sapphires, all offset by a massive emerald positioned to reflect the setting sun’s last rays. It’s no surprise that the Shwedagon is known as “Burma’s Crown” in Myanmar.
As Myanmar’s most revered shrine, it has always been customary for families, mendicants, and Buddhist followers to make the pilgrimage to the Shwedagon, much like Muslims feel compelled to visit the Kaaba in Mecca at least once in their lifetime. 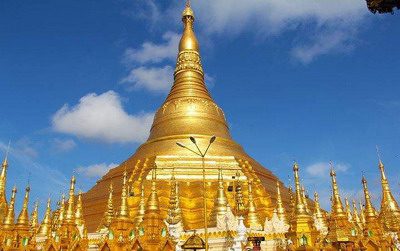 Opening hours
The Shwedagon Pagoda is open every day of the year from 5:00 a.m. to 22:00 p.m. Admission closes at 21:45.
The pagoda is open 24 hours a day on two days of the year, the Waxing Day of Tabaung – the day before full moon day of the Myanmar Lunar month Tabaung in March and the Waxing Day of Wakhaung – the day before full moon day of the Myanmar Lunar month Wakhaung.
Fee for admission
The admission fee to Shwedagon is $8 per person.
A guide will cost an extra $5.
Donation boxes can also be found throughout the pagoda.
It should be noted that tickets cannot be purchased online.
The dress code
It is recommended that visitors dress modestly when visiting the Shwedagon Pagoda. You must wear trousers or at least knee-length shorts or skirt, as well as t-shirts with elbow-length sleeves. The Shwedagon must be entered barefoot.